The article “The new capitalism, the new isolation”, written by the American sociologist Richard Sennett, discusses how the modern society, based on flexible work, has ended up building indifferent cities. According to Sennett, the new kind of flexible work taking place in the modern capitalist world has replaced the old fashioned long-term work standards. The idea of being faithful to a single enterprise during an entire work career has been replaced by the execution of sporadic jobs consisting of specific and limited tasks. Sennett puts forward how this new capitalism, that demands flexibility to survive, ended up creating neutral and impersonal areas; areas with the capacity of being modified with ease. Sennett maintains that time is consecutive, not accumulative: a project is developed in the first place, then, when finished, another one takes place, even if it’s not related to the first one, and this dynamic goes on successively.

The new work system has been set in indifference; in empty, impersonal buildings, without a specific use and reprogrammable; in a global architecture of universal values. Nowadays, we live in a transportable architecture, that doesn’t put down roots in the place it is built. We inhabit in neutral and abstract spaces, unenthusiastic and generic. The modern flexible work standard has ended up building indifferent cities and public spaces.

“Substance that modifies the speed of a chemical reaction (catalysis).

The catalysts can be elements, compounds or mixings, and can appear in the solid, liquid or gaseous form (...)[1]

This thesis, which understands that the city, now and ever, has had and must have public spaces of intensity, proposes the urban catalysts as agents capable of activating a place that was previously indifferent.

The comparative work of historical and recent cases, developed by research work, has allowed us to discover that the vivid public spaces of identity and reference, have been formed due to the urban effect caused by these agents that we call "catalysts".

We would like to demonstrate the existence of public space catalysts, as well as the need of their presence for an expectant or indifferent place to be activated.

To activate a space

The urban catalysts, as the chemical catalysts, are the responsible of generating the conditions needed to accelerate the activation of a public place.

The aim of this thesis is in no way to create a catalogue for the study of the formal quality of diverse furniture and urban objects. The work realized during these years has not been the analysis of catalysts’ formal characteristics, but the study of their aptitude to generate the conditions for an urban space to transform

We tried to bring urbanism closer to the smaller scale; to focus our attention on apparently insignificant situations, to discover the power of catalyzing the public space of the lighthearted actions, both the projected ones and the spontaneous and ordinary ones.

The key to understand the true urban importance of apparently irrelevant elements and actions to convert the public spaces of the cities has been to measure and to draw them. We have been able to discover the transcendence of these evasive situations through the attempt of representing and fulfilling them in an almost obsessive, precise and hyper-realistic way.

This thesis is constituted by two indissoluble parts that have been developed simultaneously during these years of research. On one hand, in the theoretical frame, we have realized a study about the evolution of the city places of socialization, taking the experts investigators in this matter as a key reference. On the other hand, in the laboratory, we have realized empirical and anatomic drawings for studying of these places

“Urban catalysts. Against indifference” is a piece of work about public space that has been developed through research and experience. It’s an exploration with the intention of discovering how the urban spaces of relation of all times have been built throughout the years; a thesis encouraged by the interest of understanding what makes a public space become a place of relation between people. 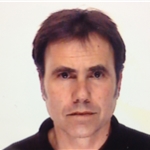