The Avant-Garde Movements find in the exhibition space a place of opportunity to experiment with the interaction between the art object and the space. At that moment, the proposals of exhibitions become real architectonic projects, laboratories of ideas that allow the direct experimentation in space and the development of a multi-disciplinary approach.

The spectator plays an active role in the perception of the art object and in the intervention in the space. From this presence, it is possible to check new spatial concepts, making in some cases, an equivalence between spectator and inhabitant.

The research is focusing in some cases of study, projects by four authors: El Lissitzky, László Moholy-Nagy, Frederick Kiesler and Marcel Duchamp, who develop then in the period between the two wars. The timeframe points out the two wars as limits because at that time, the main Avant-Garde ideas that had begun in the first years of the XX Century are developed and the II World War means the end of a period of creativity and confidence in the technique and progress. The criteria of selection of the cases of study are based on the spatial entity of then and the new architectonic concepts they have generated.

The analysis of the cases of study is based on the original documentation consulted in some archives: the Kiesler Foundation in Vienna, the Sprengel Museum in Hannover, the Library of the Yale University, etc, and in a wide range of bibliography. For this thesis, architectonic drawings are made from the original documentation to study under the same criteria these spaces. From the most part of then, this information do not existed.

From this material and the study of the contributions of these examples, it is proposed an analysis of these ideas in contemporary architecture. Their consequences in contemporary proposals are a confirmation of the creative role of exhibition spaces in Avant-Garde Movements and they are situated as a place of opportunity to architectonic experimentation. 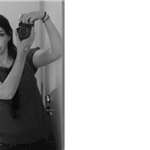