This current doctoral thesis explores processes and architectural events that arise and affect the phenomenological sensitivity, using the findings that a discipline such as dance can bring. This phenomenological-rooted architecture wouldn’t be defined by a specific geometry, a certain technology, a type or a system, but rather by the involvement of the “body” at any level. Therefore it seems to us necessary to explore the immersion in the space-time phenomena: the space contact experience of our own body with the spatial essence that is outside the limit of our skin. This is where the dance- and movement in general- appears as a key discipline, as a laboratory to investigate processes, which include space, time, movement and perception. This laboratory will let us go farther than the traditional approaches developed by architecture under phenomenological points of view. So their traditional limits and tools will be expanded, building a more complex way of working.

The text is structured around six sections devoted respectively to attitude, atmosphere, nature, intimacy/ the tactile, fantasy and finally the acoustic space/ time. In each one of them these concepts are studied comparatively - between dance and architecture -, framing them at the same time in a specific time interval. Although several authors like Friedrich Bollnow or Erwin Straus, and some architects like Paul Virilio, have pointed out the relevance and interest of dance as an essential discipline to explore the link between man and space, there is no deepening in the methodological comparison, procedural or formal one between the disciplines of dance and architecture. This comparison, shaped as a historical genealogy, is also a main concern of the research.

In the first part, we will discuss about how in the body-environment system the bidirectional conditions can affect this very system, that is, how the body affects the environment, through gesture or action (attitude) and how the environment affects the body either by artificial means built expressly (atmosphere) or by natural phenomena. And in the second one, the comparison will be made clearer from the immersion in the space environment – the experience of the dancer- and more focused on conceptual and graphic processes of both disciplines (intimacy/ the tactile; fantasy; and the acoustic space/ the time).

Through this exploration we will reveal numerous findings, which arise from the comparison between the creative processes of dance and architecture. It will be built an alternative history of architecture, originated from the conceptual lines appeared with the development of the modern, contemporary and postmodern dance.

The working hypotheses that we will consider in our design processes will be the following:

- The demarcation of objects and environments is redefined- or undefined- according to a permeability and total continuity. The body- the object- merged with its environment it is able to shape various assemblies over time. The limits (variable) are subjected to a continuous negotiation.

- The space of the body is not only physical but also imaginative and the tautened nets in the spatial assemblies are not only topological but also belonging to fantasy.

- Time is actively involved in the generation of novelty processes, which implies a certain degree of uncertainty active at all times.

- The mapping, the notation of events, is necessary for them to join the architectural design process. There is not external point of view to trace them; we are part of its very substance.

- The architecture will address accordingly to disclose and differentiate traces (phenomena) in the current spatial assembly that our body displays at all times.

While these hypotheses are not new, we do think that the present study summarizes and condenses them and also highlights the value of dance and choreographic processes: a)- to reveal them with spontaneity; b)- to extend the tools of design. The architectural design methodology often has many instrumental gaps in addressing these hypotheses and it is here where dance becomes useful; c)- to show an expansion of the possibilities yet unexplored that appears in the shared territory of both of them. Understanding this affects directly in the way we view space and time through the knowledge of the body (in motion) and therefore in our interventions; d)- to see how the approaches that have been traditionally attributed to architecture from phenomenological assumptions, fall short when working with complexity. This way it appears the path of work associated with an “expanded phenomenology”, which would be outlined in the conclusions of the research. 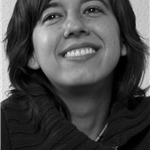