All throughout the XX Century, the image of the future, epitomized in its urban constructions, has remained as the "Other" that has prompted the development of modernity itself. In this sense, the images of the futuropolis generated in the mass media have made part of the visual hummus where modern architecture was gestated, becoming a phenomenon that has fascinated society and architects alike; a phenomenon which, still today, features a lack of systematized historical studies produced within the discipline.

The same can be said about comics, arte povera by excellence, whose lack of academic pedigree has determined the way it has been approached by the architectural world, inevitably confined to its role as a recurring curiosity in academic literature. Comics are, as Lessing would put it, a bastard art (a "shameful art", according to Daniel Worden), and, as a consequence, a bastardizing art, with the undesired ability to reduce the status of all it touches. And this is particularly problematic for architecture, a discipline that looks suspiciously at any hibridization that threatens to undermine its position in the cultural scale. However, even in its position as a scarcely legitimated medium, comics have been an extraordinarily fertile ground for the production of architectural and urban imagery. Marked throughout most of the century by its nature as a real mass medium, comics have benefited from their condition as a (sub)product  made for fast consumption, which endowed them with an enormous diffusion, and determined their proactive approach to creation: Comics are a  low tech, low cost medium, characterized by the need of immediacy in its responses and a need for fast formalization that have turned it into a crucible of concepts and images generated by simple, but continuous iteration. And this is particularly vivid in the case of the image of the city, and, even more so, of the city of the future, whose presence in the History of graphic narrative has been transversal -in every genre- and longitudinal -all throughout the century-, unlike other media such as cinema, where the imagination of the future metropolis has been discontinued in time; media which, not very surprisingly, have usually resorted to comics to shape their urban visions.

In this context, the PhD dissertation Futuropolis arises in the natural convergence of two parallel lines of research: One, the study of the evolution of the image and the very conceptualization of the city of the future in the XX Century, a phenomenon indissolubly linked to the very evolution of mass media; the other, the exploration of the potentialities of comics as a tool for architectural research. Thus, Futuropolis proposes the construction of a History of the evolution of the image of the future city from the late XIX century to present times guided by its presence in comics. Therefore, the proposed narrative builds a genealogy of the city of the future, studying the way in which the transmediatic construction of the urban imaginary takes place: The text explores the different models for the future city that have appeared in the different historical periods, analyzing the exchanges between disciplines -architecture, illustration, comics, cinema- and showing how it is in the mutation of concepts and images in the leap from one medium to another where the advances that prompt the evolution of this collective construction of the urban imaginary of the future take place. In this journey, the text also seeks to establish the part that comics have played in this process, outlining the potentialities that the medium may have as an environment for morphologic/conceptual research, and bringing to light a side of the visual patrimony of architecture which is as suggestive and extensive as widely unknown by means of the parallel construction of an Atlas that offers a sort of dictionnaire raisonnée of the future city. 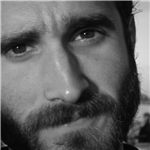