Fernando Higueras was the outstanding architect of the well-known 1959 graduating class in architecture at MadridUniversity. This class has been described as the Spanish Third Generation in the Philip Drew sense. Furthermore, he was a complete artist related to the avant-garde who developed Spanish Abstraction at the end of the 50s. He was not only a connoisseur of the artistic world prevalent at that time, but also a full, constructive member of it. He won many awards at the most renowned competitions in Spain, competing with young artists who subsequently earned renown. Apart from painting, he was also a notable photographer and a remarkable guitarist, a pupil of Andrés Segovia. All in all, it can be said that he was a complete artist with attributes in all of the arts.

However, when he completed his studies at university he decided to focus on architecture and turn his artistic ideas into his work. He made a stunning start to his career and became a figure to be followed from the very outset. He soon grew into an eminent architect, renowned first nationally and then internationally. He practiced an anti-academic approach to architecture. His work evolved through different periods but never lost the continuity that characterized it. Against fashions, he developed a valuable ethical position that was concerned with the care of the environment.

At the peak of his career he took part in the 1969 restricted international competition for a multidisciplinary building in Monte Carlo, where Archigram and Frei Otto were the other contenders. That same year, the Museum of Modern Art in New York asked for the scale model of his Playa Blanca Development Project. Moreover, he was the first Spanish architect to be published in Tokyo by Yukio Futagawa’s publishing house. Of the approximately one hundred projects that he carried out, sixty-two were published. However, after the crisis of the seventies he was almost forgotten, and certainly not recognized to the extent that he deserved.

Seeking to make up for that lack of recognition, this PhD aims to return him to his due place in architectural history through a critical, thematic analysis of his work. With a view to contextualizing that work, the analysis explores different project strategies, relating each proposed theme to a case study. It is organized in three chapters that deal with the legacy of modernity, the relationship with the past and the matters of that present time. This contextual approach is taken in order to link Fernando Higueras with the heterogeneous Third Generation, situating his figure and his work where it deserves to be. Moreover, learning from the study of his strategies and their consequent values, this PhD is intended to as a way of learning mastery from a master in order to apply it in university teaching and elsewhere. 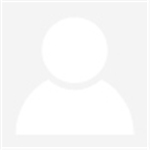