This thesis provides a new interpretation of the work of Mies van der Rohe. The thesis focuses on the columns in Mies van der Rohe, as an architectural element through which we can explain all his work. The development of a chronological table that organizes the work of Mies according to the shape of the column reveals us the existence of three distinct periods, each of them corresponds to the development of a different column. Also it reveals some transitional projects in which Mies explored a new column and a new structure, and once he resolved the construction he left completely the previous column to continue working with the new one. The reasons of these changes would unveil new interpretative keys in the work of Mies.

This period corresponds to the study of the star column of 4L, made of small riveting profiles. A parallelism between the work of Mies, Peter Behrens, architect of the AEG, and Alfred Grenander, architect of the Siemens, is set up. All three used the same technology of steel structures, but each applied his own architectural language. The column of 4L had been published in different manuals of that time, but Mies added small construction variations in order to apply his architectural language linked to the Neoplasticisme and the avant-garde. Because of that, he eliminated the usual gusset plates in joints to make columns and slabs into lines and planes with relationships of overlapping and tangency.

This period corresponds to the study of the H column, which Mies used at the United States, when he met the architecture of great welded steel profiles used by Albert Kahn, the Henry Ford's architect. The application of the assembly line in manufacturing automobiles required Kahn and Ford to innovate in large size structures and to spread the same structural module to all the buildings of the same industrial complex. The first Mies’ IIT buildings were almost identical to Kahn’s, with small variations that allowed him to express his architectural language. With these projects Mies started a process that culminated with the Crown Hall.

This period corresponds to the study of the star column of 4T and the incorporation of the waffle structure in the work of Mies. He developed it from its relationship with Konrad Wachsmann, professor at IIT and architect of the US Air Force. Wachsmann developed three-dimensional structures in order to build large hangars for aircrafts, which could be assembled and disassembled by unskilled people in a very short time. Mies incorporated this structure type into his architecture, but simplifying its construction. The result was the waffle structure of the Convention Hall. This project began a process that culminated with the Berlin National Gallery.

After analyzing each of the three columns and periods, a cross reading allowed me to formulate the conclusions of the thesis.

The effects of scale in architecture

A cross reading of the technological context allows us to explore the link between Mies and those architects who led the construction with steel structure. Every one of them worked in different industries and they were linked to the research and technological development in institutions as relevant as the Werkbund, the Bauhaus and the IIT, in which Mies had taken a relevant role. This cross reading allows us to reconstruct the development of the steel structures, which increasingly takes on new challenges of scale with new structural types. However, Mies applied the same structure and the same column to all buildings throughout every period, whatever their size.

The structure as a visual system

The comparative study of the transitional projects have allowed me to realize that Mies used the collage as it was an architectural manifesto, where he superimposed his Neoplastic space concept to every new structural type. This was an invariant aspect in all his work.

The constructive logic of the column

The comparative study of the three columns allows us to realize their capacity to express, constructively, the structural type. The step from a column to another was part of a process in the work of Mies to the clarification of the structure, cleaner every time, and more visible. It was a constructive refinement process, and it was part of the same work line initiated by Viollet-le-Duc on the shape that expressed the steel structure in the best way, that one which responded to the material logic and the construction processes. 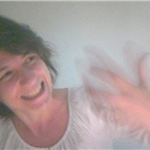