The material construction of the territory, the spatial planning, the landscape theory and the territorial representations are different facets of the same concept, the landscape, which interconnections have been generally overshadowed. This thesis aims to going deeper into them, providing a bridge for understanding, historically and culturally, the relationships between socioeconomical forces, territories, landscape theories, visual art and architectural practices.

The research analyzes the history and connections between material practices, visual representations and the production of theory in the imagination of United States landscape, selected as a case study, in a period that expands from mid-nineteenth century up to the 1970s. More specifically, the thesis suggests that certain political-economic forces of spatial transformation produce territory in a way that generates and is at the same time reinforced by certain modes of visualization which in turn shape collective imaginaries and, particularly, the development of landscape theory.

This argument is developed by examining forces of spatial production and by confronting diverse strands of photographic representation and particular theories (or thinkers) about the American landscape. For this purpose, three significant stages in its history, representative of different kind of relationships between man and his environment, were analysed: the imagination of wilderness in the 19th century; the re-invention of rurality in the thirties; and the raise of the common and a new kind of vernacular in the postwar era. Each of these stages, and its landscape concept, was put into relation with the political, social, artistic and architectonical context in which it was developed, tracing the shaded connections between theory, practice and territorial representations. The research was articulated through visual representations of the territory, and their relationship with the spatial practices and the landscape theories which were developed around a dominant landscape idea of every stage.

First of all, the development of the frontier myth is connected to the emergence of a preservationist ethic and to the early ‘topographic’ photography, showing that the appreciation of wilderness takes on its full meaning in the framework of actions aimed at transforming the nature. Then, the research relates Berkeley School’s landscape theories with the public policies of recovery of the rural way of life, showing the photographic contributions to the invention of the visual and social imaginary associated with American countryside. The main part of the thesis is focused on the formation of an appreciation of the everyday landscapes as a new national vernacular in postwar period, analyzed through the writings of Peter Blake, Robert Venturi,… and, especially, John Brinckerhoff Jackson, and illustrated through the visual works of Ed Ruscha, the EarthWorks or the ‘New Topographics’ movement.

The hypothesis of the thesis is that a direct relationship between the way in which a territory is being transformed, how these transformations are visually recorded and communicated, and the emergence of certain landscape theories that help us to understand these spatial changes, exists and reinforces these processes. The main argument of the research is that these relationships are possible through a recurrent topic in the American history, the “man-made landscape”, which is the connecting link between several apparently confronted interpretations of the American territory. The research delves into the origin and evolution of this topic, lately introduced in American architectural criticism, but present in 19th century texts, in the Californian cultural geography or in popular literature, and disseminated through the photography of the American landscape.

Though a parallel narrative, which fuses a material history of spatial change, a cultural history of photographic representation and an intellectual history of ideas and discourses about landscape, the thesis shows the visual and spatial context through which the theoretical discourses about American landscape emerge, and the links between theory, representation and material practices of production of space. The research shows landscape as a cultural construction in which its utilitarian condition (associated to the dissemination of certain socioeconomic systems, architectural styles,…) takes precedence over the fidelity to the facts on which it is based. But, at the same time, it demonstrates that landscape, reinforced by the narrative possibilities associated with the photographic medium, can be understood as a modern mass media, capable of guiding certain territorial interpretations and, simultaneously, its own material construction. These conclusions aims to provide an integrated approach to landscape that is considered necessary not only to understand the history of any territory but to successfully addressing its future as well. 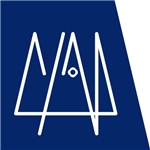