The concurrent use of steel column with concrete floors in building combines the advantages of these conventional solutions with the architectural benefits of steel supports. The main difficulty present in the combination of both structural systems is addressed in the connections complexity. Beam to column connections with headed studs, as Nelson, Köco or similar, are rarely used in building structures. When they are used, shear studs are employed in particular cases, composite beams, steel-concrete slabs, and generally in non-primary structural connections.

The main aim in this Thesis is to propose an alternative solution for reinforced concrete beams to steel columns joints using shear studs. These joints are a primary shear stud connections and they can be used both in concrete elements beams or in slabs. A specific field of structure buildings has been defined to achieve the greatest mechanical behaviour of these joints. This approach provides numerous advantages compared to conventional joints as simplicity, industrialization possibilities and higher shear strength. Analytical and theoretical study of the mechanical behaviour and experimental comparison of the joint have been carried out. As a result, the differences observed between analytical and experimental tests are presented. It was determined that these differences were due to specific configuration of the joint and to friction process.

The results obtained in the experimental tests prove an excellent mechanical behaviour of the joint. The headed stud beam to column proposed applying the design method elaborated could be able to replace most of the conventional joint solutions commonly used to date.

Headed studs offer numerous advantages in building field, highlighting the excellent weld safety. On the other hand, a correct inspection of the welds is hardly checked in non-destructive test. Destructive test are absolute not recommended in the shear studs joints proposed in this Thesis, because they are composed of a small number of studs and each of these studs has a great contribution to the overall global safety of the structure. In this sense, research on the inspection and control procedures of conventional methods has been tackled. The difficulties and disadvantages of conventional inspection methods in shear studs welds have been addressed.

An alternative inspection method of welded studs has been created and is presented in this Thesis. This method is based on acoustic principles. It correlates the analytical calculation of the first vibration modes of shear studs with the experimental measurement of the natural frequencies in the sonic range. The analytical calculation comprises several finite element models with different degrees of weld penetration, simulated by changes in the boundary conditions. The experimental research firstly include all the measurements of the natural frequencies of the headed studs. Then they have been tested by non-destructive and destructive tests. Finally, the obtained results were compared with their respective frequency measurements. A clear relationship between the measured frequencies and the lack of welds penetration have been established, disclosing the internal weld imperfections by means of the analytical prediction.

The feasibility of a simple, economic and absolutely non-destructive test of welded studs has been clearly established by in site measurement of natural frequencies of the sonic range.

In conclusion, this Thesis presents a new joint configuration together with solid procedures for its analysis and design. Moreover an innovative non-destructive method for weld quality assessment by on-site validation has been created. 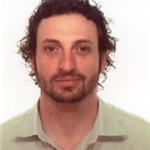