In tribute to Vittorio Gregotti

On Sunday 15 March we found out about the death of Vittorio Gregotti from pneumonia caused by coronavirus. The famous architect was 92 years old and was known around the world as a planner, essayist, critic, teacher, editor, polemicist... He thought of architecture as a way of looking at the world and one's own existence, and believed in its capacity to transform the environment and even society itself.

'It is with deep sadness that we bid farewell to Vittorio Gregotti, one of our greatest architects and ambassadors. Milan owes him a great deal, from the first hall built at la Triennale in 1951 to the Bicocca district, which he designed entirely himself. Thank you for everything.' This is how Beppe Sala, the mayor of the city whose image he helped build, reminded him.

In homage to Gregotti, we propose you to rediscover his figure and remember Milan, its streets, its architecture, its art, its people, its life... through a selection of works (fiction movies, documentaries, video art works, conferences, texts...) that we will be publishing in the next few days and which you can access through each link. Enjoy them. 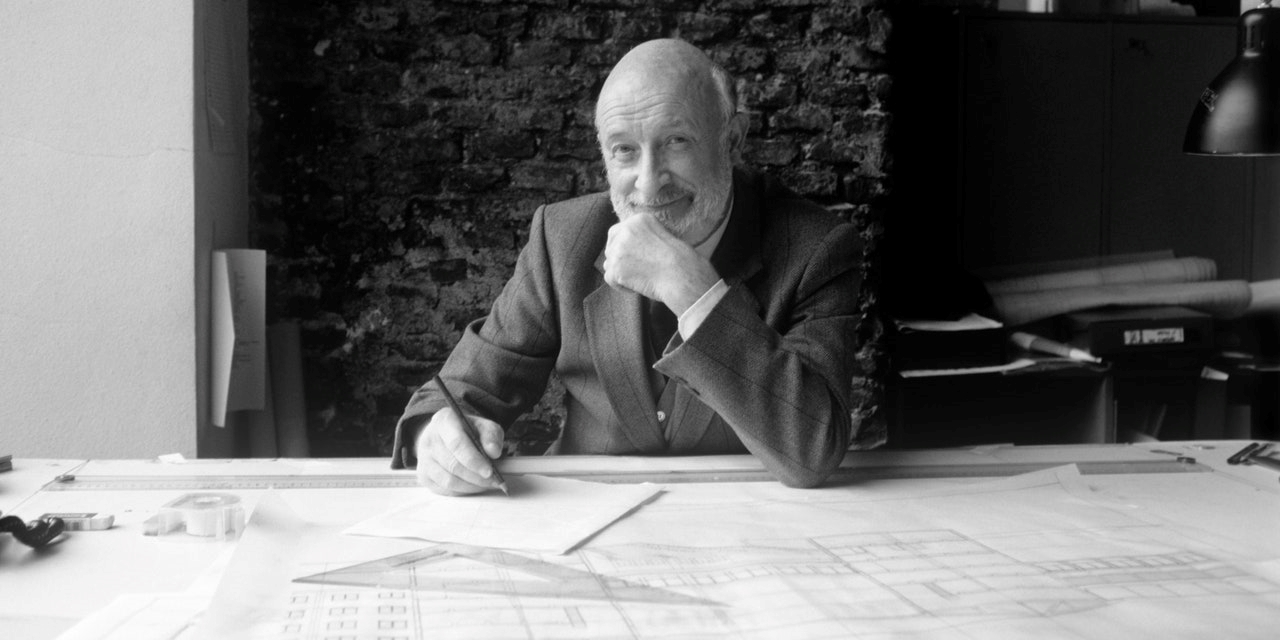 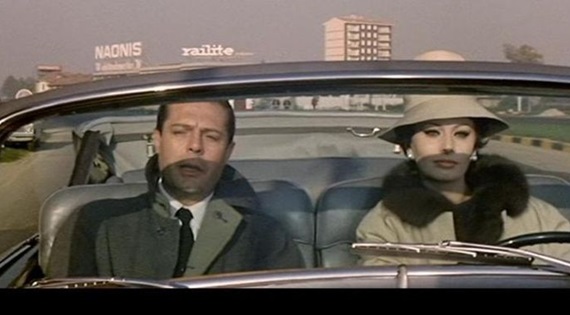 The film is divided in three episodes, each is set in an Italian city (Naples, Milan and Rome), but all of them performed by Marcello Mastroianni and Sophia Loren. Milan is the setting for Anna's extramarital affair, a rich woman married to a man of low status. De Sica offers its particular view of the city by following Anna in a brand new Rolls-Royce from Piazza del Duomo, across Piazza della Scala, Piazza della Repubblica and Piazza Duca d'Aosta, and driving through Tunisia until reaching via Ludovico il Moro, where her lover awaits. As they drive away together along the A1, Metanopoli, the company town designed by Mario Bacciocchi, a tribute to Milan in the '60s, can be seen in the background. 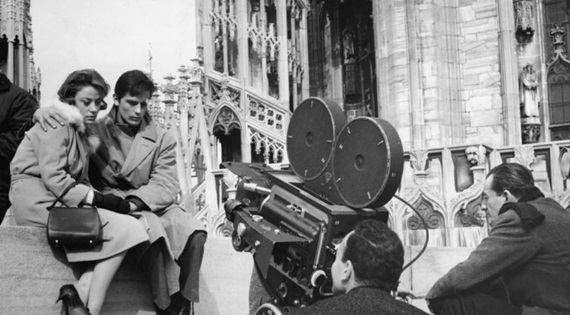 Without a doubt one of the best examples of Italian neo-realism: the director himself claims to have thoroughly inspected Milan, from centre to periphery, in order to personally choose all locations.

The film begins at the Stazione Centrale, where the elderly Rosaria arrives from her hometown with her five children looking for a future in the industrialised capital of Lombardy, as so many other families from the southern regions did between the '50s and '60s. But the city they encounter is hostile, grey: Visconti uses Milanese architecture on the periphery to show the most conflictive and dramatic aspects of the city's uncontrolled growth, in an almost theatrical approach.

The scene on the roofs of the Duomo is beautiful, as is the harsh portrait of Fabio Filzi, the social housing district designed in fascist times by Franco Albini (Gregotti's teacher) where the family is forced to cram into a tiny rented basement that still remains the same. 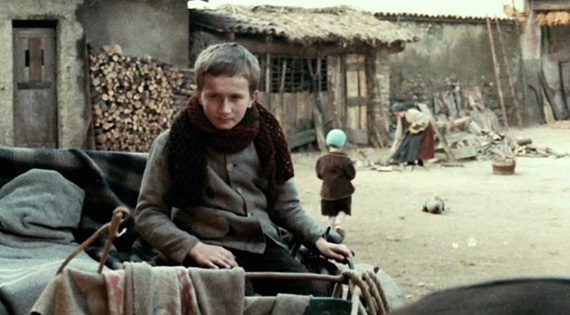 Winner of the Palme d'Or at the 31º Cannes Fil Festival, the film is set in the period between 1897 and 1898, and tells the story of the daily life of four peasant families who live in a cascina, a typically rural building style in northern Italy, consisting of a set of buildings grouped around a large courtyard, and including stables and barns.

In a scene that depicts the journey of a newly married couple along the canals leading to Milan, with a Bach cello suite as soundtrack, several buildings destined at that time to be the summer residence of the Milanese bourgeoisie can be identified, such as Villa Gaia, in Robecco sul Naviglio, the Castelletto di Cuggiono bridge or the Bernate Ticino parish church. 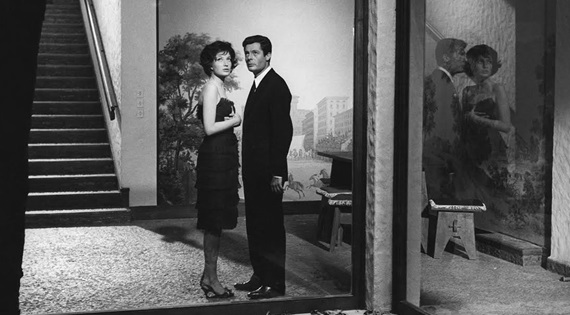 A psychological drama, starring Marcello Mastroianni, Jeanne Moureau and Monica Vitti, this film is part of the famous trilogy on Antonioni's incommunicado nature, together with The Affair (L'avventura, 1960) and The Eclipse (L'eclisse, 1962).

In this case, its plot deals with the lack of communication in love relationships, infidelity or fear of being alone, with an impeccable visual discourse. The scene in which one of the protagonists, Lidia, walks around Milan is particularly interesting because of the way in which the director frames the buildings and represents the city as a meaningless, abstract system.

Undoubtedly, one of the films that has best portrayed Milan's post-war rationalist architecture, represented by works by Nervi, Ponti or Moretti. 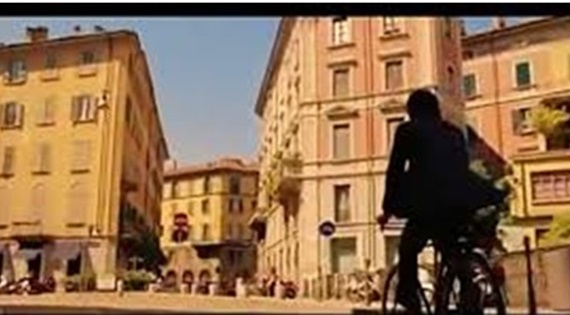 Known internationally for winning the Oscar for best non-English speaking film in 1991 with Mediterraneo, in this film Gabriele Salvatores shoots a crazy comedy set in Milan, and in which the plot clearly shows the influence of Pirandello and his Six characters in search of an author.

Between old case di ringhiera, a typical building style in the Ottocento Milan similar to the Madrid barnyards, and the controversial Chinese massage parlours in via Sarpi, Salvatores' film is also a particular homage to the city, with Chopin's Nocturno n.20 playing in the background. 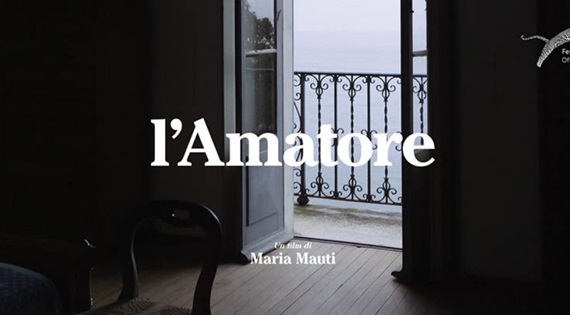 A journey through the visual archive of architect Piero Portaluppi, who made a great impression on the city of Milan with the Hoepli Planetarium, the RAS building and countless villas for the wealthy Milanese in the 1920's and 1930s. The 'amateurism' referred to in the title of this experimental documentary was revealed a few years ago thanks to the discovery of a 16 mm film collection, which he shot, edited and delivered with title sequences.

In these short films this man (who at one point tracked the exact amount of soup, meat, wine and salad he consumed in a year) gives an equally controlled impression of his personal and social life during a turbulent period of Italian history. A period during which Portaluppi's architectural style evolved from Neo-Gothic to Modernism and entered elite circles where he met his clients, as well as effortlessly adapting to the dominant ideology of Mussolini's fascism. 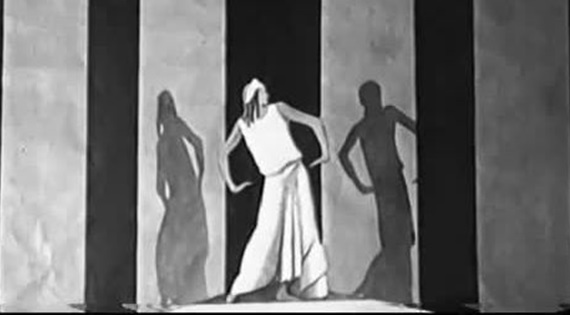 Short documentary (in two parts) that narrates some vaguely futuristic aspects of the hard-working and glamorous society of the late 1920's in Milan, according to a classic canvas: from the city's rising at dawn to the dusk of the underground night.

In terms of music, the first part of the film deals with the awakening of the city of Milan, in an almost documentary and apparently 'objective' way. These sequences are not soundtracked, but there is an attempt to recreate the atmospheres and sound effects evoked by the images. The sounds used were collected by the musician Tiziano Popoli, using field recordings and those from other cities: Modena, Bolzano, Marseille. In some cases he even uses even more abstract sound elements, or not related to the scenes, for example, the buzzing of insects. The music comes from the noise, it is slowly distilled, modulated and finally imposed from the central part of the film, so that in the end it rises with great changing dynamism. The 'futurism' in some of the sequences has influenced the musical decisions, especially in the search for a layered mix of sound colours. This soundtrack was made especially for the revival of the film during the Rimusicazioni Film Festival in 2004. 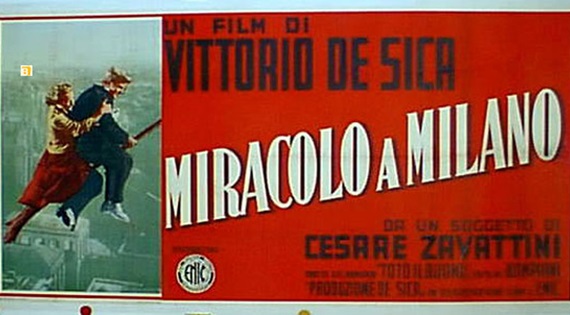 Between neo-realism and fantasy comedy, it remains a moving film with a socially critical approach. The plot unfolds like a fable with Totò as the main character, an orphaned boy who dreams of a world where 'Buongiorno voglia davvero dire buongiorno'. Totò lives in a poor shantytown on the outskirts of Milan, the product of the massive migration movement after the Second World War from the countryside to the city, which by then was already heavily industrialised; the abandonment, the constant grey sky and the harshness of the deserted streets and open spaces are masterfully reflected by De Sica.

The scene where all the characters ride on a broom after stealing it, to rise above the Piazza del Duomo and fly over Milan is unforgettable, and certainly inspired Spielberg for ET. 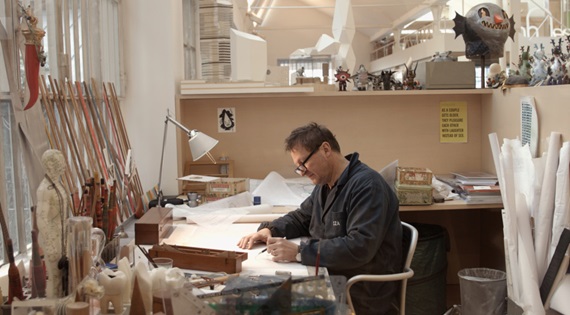 Architect Cino Zucchi, from his studio CZA Cino Zucchi Architetti in Milan, presents his point of view on European architecture's identity. He also comments on Milan's status through buildings from different periods, such as: the Milan Duomo, the Torre Velasca, the Luigi Caccia Dominioni residential complex, the Luigi Moreti residential complex and the Luigi Bocconi University by Grafton Architects. 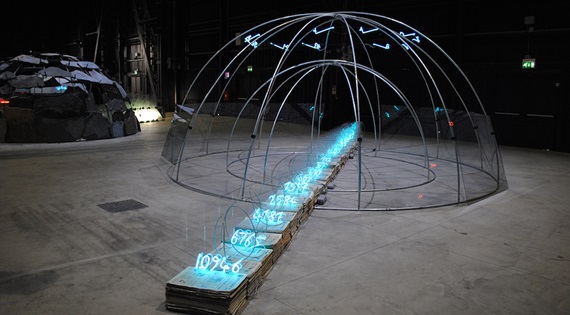 Video of the exhibition at the Pirelli HangarBicocca centre in Milan, Italy, dedicated to a set of facilities crucial to the work of Italian artist Mario Merz: the igloos. Mario Merz conceived the first igloo for a collective exhibition in Rome in 1968 and since then he continued producing igloos of different sizes and materials until his death in 2003.
For Mario Merz, the igloo is a metaphor of space and the place inhabited by humans. Their igloos are often made of a metal frame covered with fragments of materials such as clay, glass, stone, jute and metal.
The exhibition 'Mario Merz: Igloos at Pirelli HangarBicocca' presents more than 30 igloos of different sizes and materials, organized in chronological order (1968-2003). The exhibition was curated by Vicente Todolí in collaboration with Fondazione Merz and took place between 23 October 2018 and 24 February 2019. 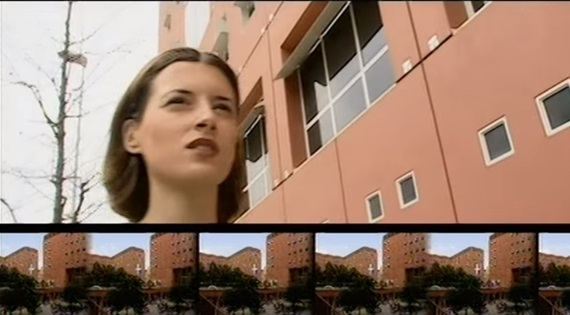 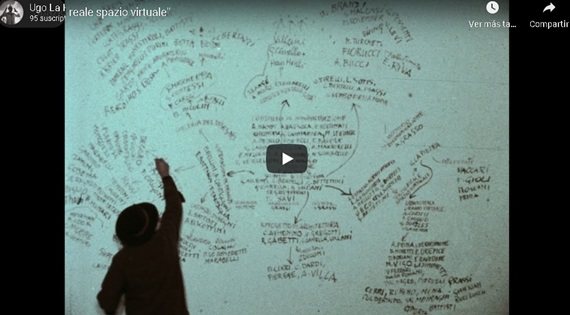 Among the protagonists of this video, made for the sixteenth Milan Triennial held in 1979 under the motto 'Lo spazio audiovisivo', were figures like Gau Aulenti, Vittorio Gregotti, Andrea Branzi, Bruno Munari, Nanda Vigo, Virgilio Vercelloni, Enzo Mari, Gianfranco Bettetini, Aldo Grassi, Costantino Bardi, Alessandro Mendini, Pierluigi Nicolin, Gillo Dorfles, Davide Mosconi... they were all interviewed by Ugo La Pietra, who then transferred their statements to a large 'diagram of objectives' 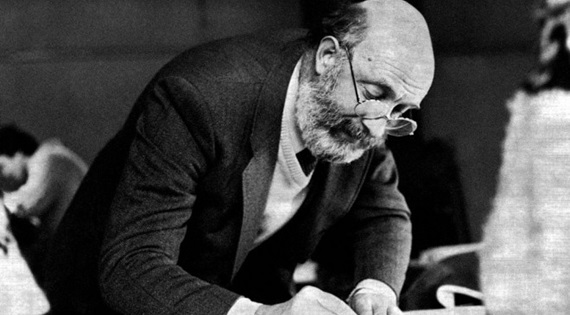 The life of the recently deceased Vittorio Gregotti: from his origins at his father's factory, to failing his Drawing Nature class during his university years; from his experience working with the most prestigious magazines, to meeting the greatest masters of the Modern Movement, including that time he knocked at Fernand Léger's door... Everything, told by himself.