After reading the negative review of one of his albums in the 70s, the multifaceted composer, guitarist, singer, record producer and film director, the Italian-American, Frank Zappa, defended himself by claiming that "writing about music is like dancing on architecture." It may be correct to state that no text is able to reflect the intensity of the musical experience, but setting dance against architecture loses any validity when talking about the work of Lina Bo Bardi.

“Architect, designer, artist, set designer, etc., always a pioneer in what we now call transculturality, Bo Bardi continually exceeds the disciplinary, time and mental limits of the environments in which she works,” says Giacomo Pirazzoli in the text that accompanies the documentary Lina Bo Bardi. Precise Poetry (Belinda Rukschcio, 2013, 54'), edited by the Arquia Foundation.

Of the many disciplines that masterfully dialogue with her architecture, perhaps the least mentioned in countless studies, publications, documentaries and exhibitions from recent years to vindicate the talent of the versatile creator, is dance. "The usual and common places made man forget the beauty of his "movement in space", his conscious movement, minimal gestures, with less attitude ...", warned Lina herself in one of her pieces of writing. And maybe that warning is the genesis of Un pluie d´eté (Arnold Pasquier, 2017, 41 min, video), a choreographic interpretation of eight of his most emblematic works (Art Museum of Sao Paulo-MASP, SESC Pompéia, Glass House, Teatro Oficina...), performed by other dancers, willing to invent a dance for each of them.

It is not the first time that MASP has served as a stage for dance: in Anjos da Noite (Wilson Barros, 1987), one of the best examples of the so-called "cinema novo paulista", two of the protagonists appear to improvise a few steps in the vast central space while "Dancing in the dark" plays, although the most keen cinema viewer will note that they are reproducing exactly the choreography performed by Fred Astaire and Cyd Charisse in a scene from Broadway Melody (The Bad Wagon, Vincent Minelli. 1953). A few years later, in 1992, and to the rhythm of Daniela Mercury's music, twenty thousand spectators shook the very foundations of the building with their movement, putting its structural stability at risk and making it necessary to install a damping system so that this empty space could continue to serve its purpose as a meeting and leisure space for citizens.

One of the most unique approaches to the figure of Lina Bo Bardi is undoubtedly that of the artist and filmmaker Isaac Julien, who, fascinated after visiting the Museum of Modern Art of Bahia in 1996, created multi-screen installations in which poetic and suggestive moving images inspired by her work occur, Stones against diamonds (2014, 58'28'') and A Marvellous Entanglement (2019, 39'08"). “The architecture is created, "invented again", by each man who walks in it, who travels through its space, climbing the stairs or resting on a railing, raising his head to smell, opening or closing a door, sitting or standing up have intimate contact and at the same time create "forms" in the space; the primitive ritual from which the dance emerges…”, says Lina Bo Bardi; and Julien recreates that dance, highlighting one image in the two video installations above all others: that of a female figure wrapped in a large cloth, which descends the sculptural staircase designed by the architect for Solar do Unhão, following its path with beautiful sinuous movements. 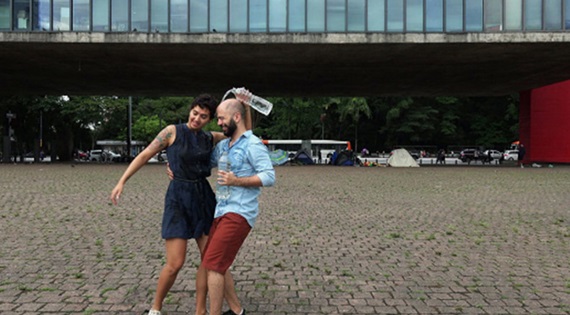 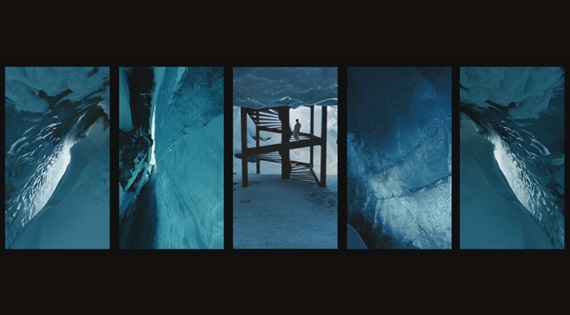 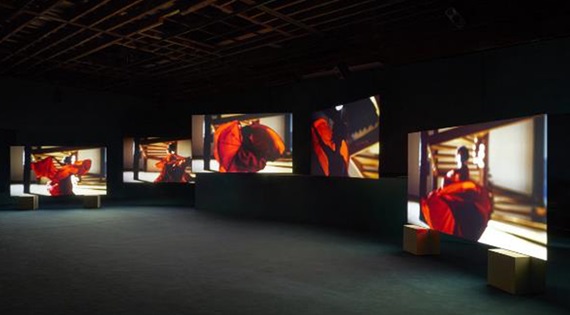 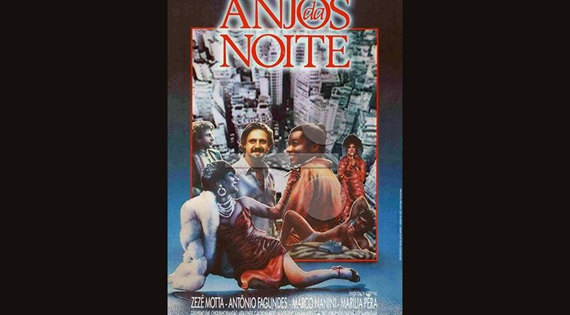