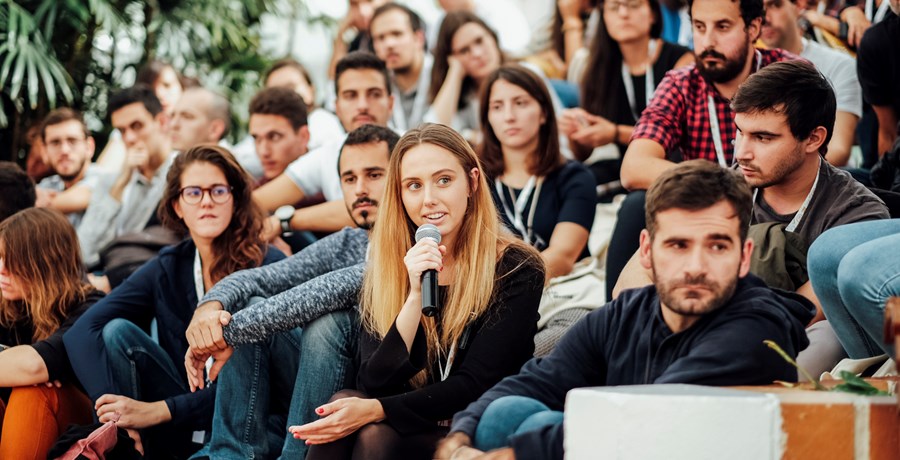 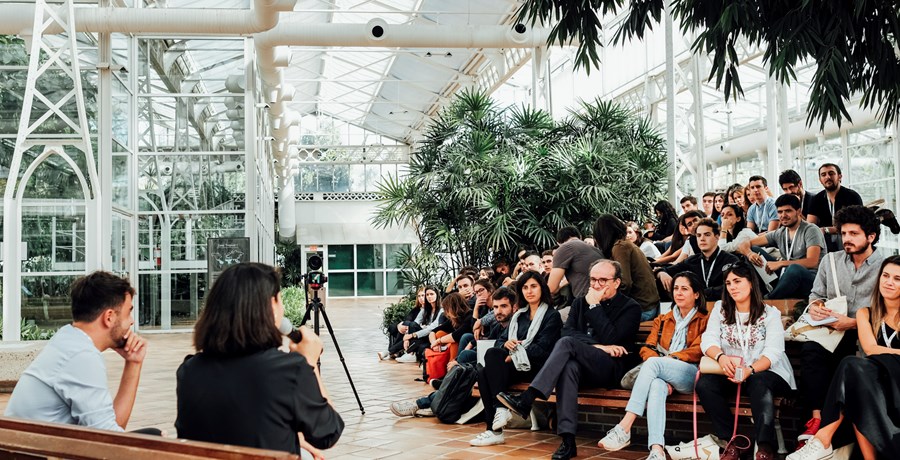 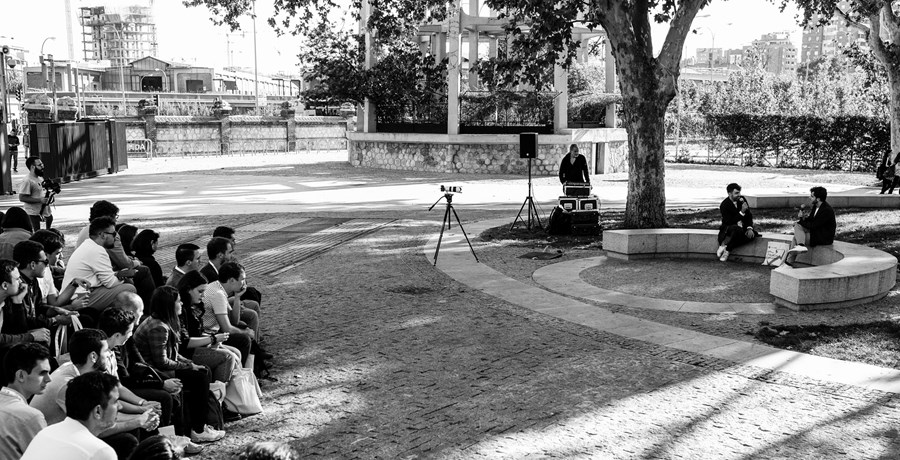 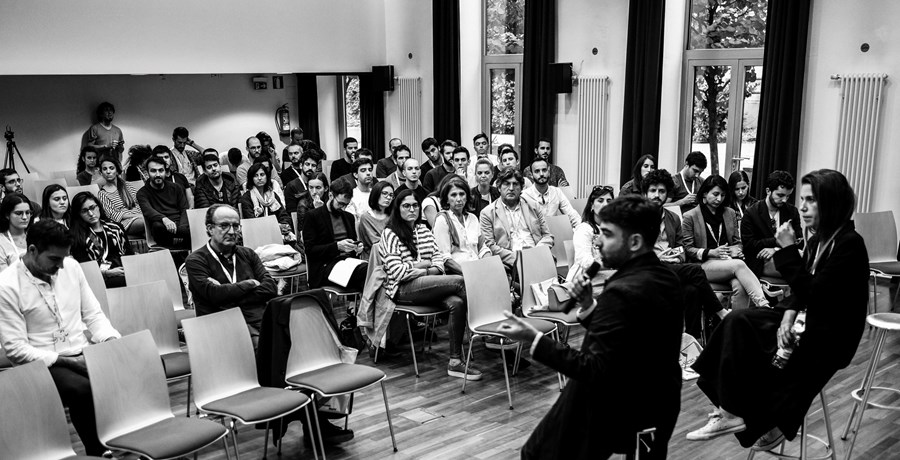 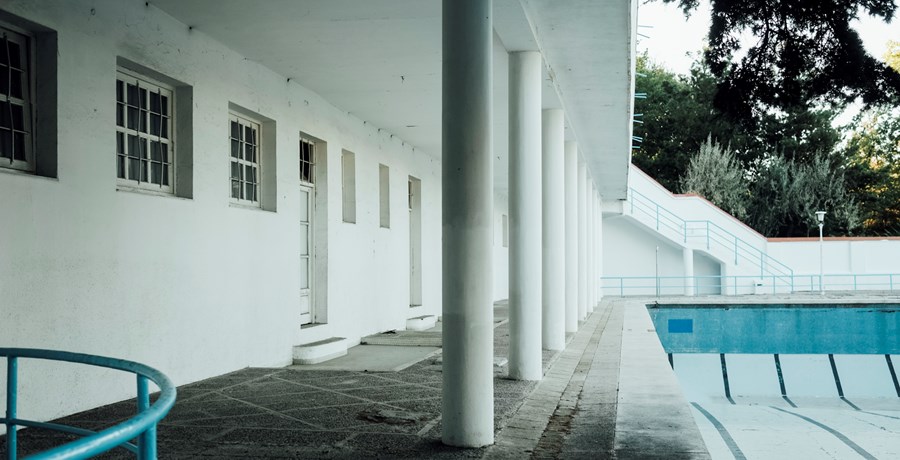 For this 6th edition of the tour, it was decided to visit special places in the city, to discuss this year's topics as they relate to the experience of a number of professionals involved in curating, research, dissemination and education in the field of architecture, in modern formats that are relevant to the current international situation.

STELLA SWIMMING POOL: Built in 1947 in a late rationalist style, now virtually the only of its kind in the capital, is located near to the M-30 and Arturo Soria. It is the work of Fermín Moscoso del Prado Torre and was extended by Luis Gutiérrez Soto and José Antonio Corrales in 1952. The building, which has been protected since 2011, has an area of 8000 m2.

ARGANZUELA GREENHOUSE, an example of industrial architecture, is a building that is part of the architectural ensemble of the historic Municipal Abattoir and Cattle Market. It was designed and built by the architect Luis Bellido y González between 1908 and 1928. This building is popularly known as the "Nave de las Patatas" (potato warehouse) and was restored and renovated to be used as a greenhouse in 1992.

During the conversation, they discussed topics such as the importance of the relationship between photography and buildings in the era of digital imaging, given that '"You can carry out projects that are photogenic and yet empty, or produce buildings that are magnificent but require better images to convey this"

The importance of the relationship between the digital and the physical worlds was also highlighted since, although ArchDailly (Plataforma arquitectura) is a digital native "We have to be in the place to understand the context. Experience the architectural process first-hand to be able to convey it through the digital world"

The municipal abattoir and cattle market in Madrid was a complex of 48 buildings, covering an area of 165,415 square metres, used to perform the functions of an industrial abattoir and cattle market in the city of Madrid during most of the 20th century. Designed by Luis Bellido y González, the construction of this complex started in 1911 and it was not opened until 1924. It is currently a cultural centre for contemporary creation, promoted by Madrid City Council.

Conference with Gonzalo Herrero Delicado, a curator from the Architecture Department of the Royal Academy of Arts in London, where he works on a wide range of projects such as exhibits, exhibitions and talks on architecture and its connection to the broader visual arts.

He shared the following thoughts in the conference:

“Through my work as a curator in exhibitions and events, I want to bring architecture closer to the general public, from a social, urban and economic perspective, etc.”

In the United Kingdom it is widely accepted that you can be an architect without building anything. Curating is a highly interdisciplinary field: they value you for your ideas and the projects that you can bringI was 27 years old when I started at the Royal Academy.

“There is no architecture criticism in Spain. There is a lack of critics. Architecture and architects should appear in the media more often, so that they become more relevant”

“Through my work as a curator in exhibitions and events, I want to bring architecture closer to the general public, from a social, urban and economic perspective, etc.”

Conference with Andreia García, architect, curator, researcher and teacher, who lives in Portugal.

“My work is divided between the architecture of building and curating, from an interdisciplinary perspective.” 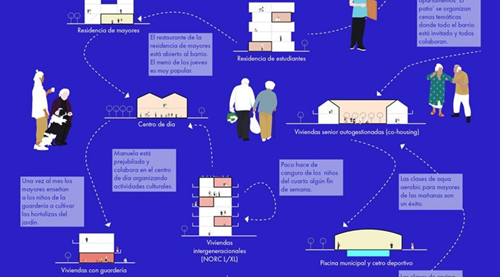 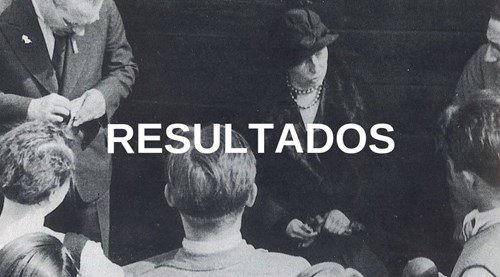 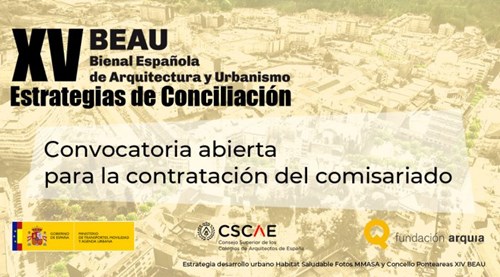