With the aim of providing support to Spanish and Portuguese architects in the first ten years of their careers, the Arquia Foundation presents the 7th Edition of the arquia/próxima biennial programme.
Register as a PRÓXIMO architect and publish your accomplishments on the Foundation's website. They will compete for selection by the jury of this edition for publication in a catalogue. You can also win the arquia/próxima prize worth 15,000 euros or the arquia/innovate award worth 3,000 euros. 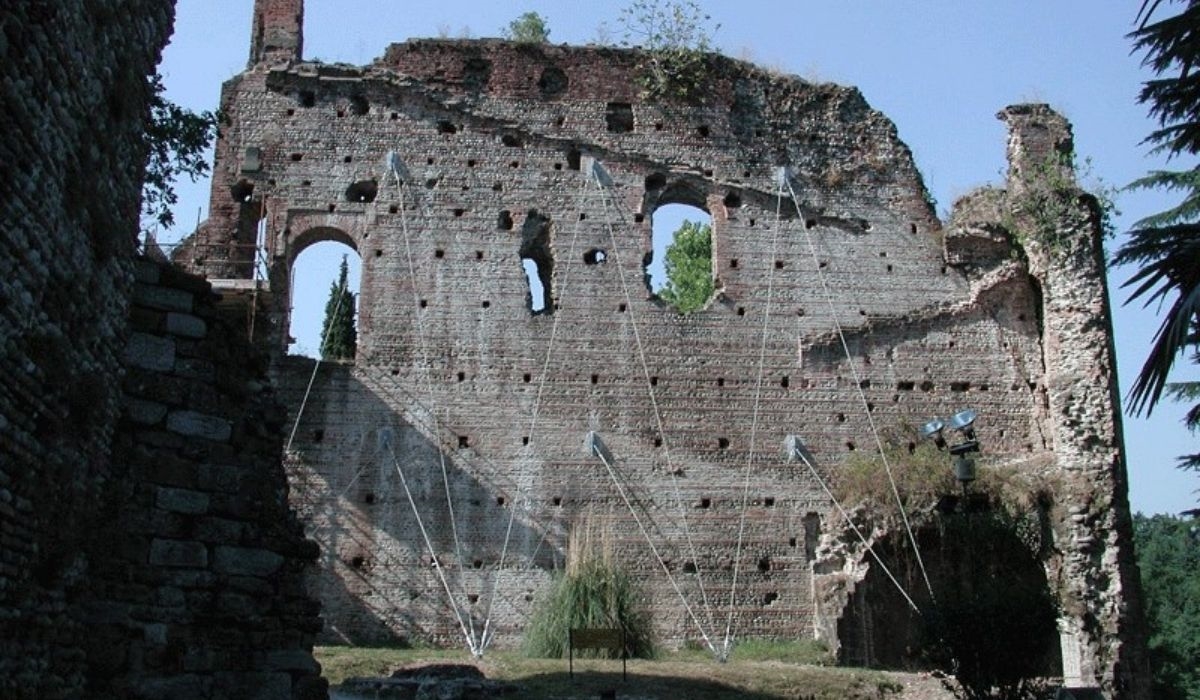 The Arquia Foundation has launched the 7th edition 2018-2019 of the arquia/próxima competition, designed to offer support to Spanish and Portuguese architects in the first ten years of their careers and based on the dissemination, promotion and enhancement of their accomplishments and beginnings as professionals

The information can be attached and/or modified until the registration period closes (9/12/2019 12 p.m.).
For more information about the documentation to be submitted, see the help manual.
It is also available in the private user area. 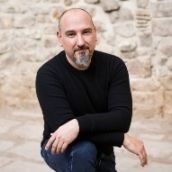 We live in a world that is constantly mutating. Be it political conflicts, social inequalities or ecological disasters, the planet and humanity are constantly changing, coming ever closer to a state of collapse. We live in a globalised and interconnected world, both digitally and physically, where the daily actions we take in our immediate environment have a drastic impact on other parts of the world. A "butterfly effect", where small changes can have unforeseen consequences in different places and at different times. Our daily actions not only affect our immediate environment, but also have an indirect impact on other countries and contexts.

In February of this year, The Guardian published a series of articles examining the environmental impact of cement, the main material used in construction. After water, cement is the second most consumed material in the world and is the cause of 8% of global CO2 emissions. If we add to this the fact that the construction sector contributes to 23% of air pollution, 40% of drinking water pollution and 50% of waste in landfills, the situation is critical. We live in a time of maximum urgency, where natural resources have an expiry date and we must think about and put into perspective the impact of architecture, both on society and on the planet. A planet where we need to create habitats for a world population that will increase by 25% over the next 30 years. How are architecture and architects responding to these problems on a local and global scale?

The sixties and seventies were tumultuous decades of political disorder and social unrest. From the construction of the Berlin Wall to the anti-nuclear movement, the protests against the Vietnam War or the student riots of May 68, these years hold a prominent place in our recent history. Injustices were openly debated and radical thoughts were considered that questioned the status quo, as well as the conventions and practices present in various areas of life, including architecture. We live in an equally critical time, with direct parallels but with 50 years less in terms of the countdown.

This is the time to understand the impact of architecture from a holistic perspective and to create radically innovative designs that take risks to change the way we act in our environment. We need to work in a collaborative way, understanding the work of the architect as part of a complex network, like the planet itself, where the flow of knowledge and action is constant, defining new action formats that renegotiate the relationship between humans and with the medium. We must understand how to relate to each other in order to understand how to manage a more empathetic relationship with other species and our environment.

To do the right thing is no longer enough. We cannot continue to behave in the same way, we need to generate a turning point. We need to introduce a change of thought, agenda and practice, to create greater awareness and demonstrate to society the transformative power of architecture for repairing our environments. We need to develop projects and strategies that allow us to radically transform our impact on the planet and repair our relationship with our environment, in social, political and environmental terms, creating a more democratic space for all.

This arquia/próxima call has been set with the aim of seeking strategies, reflections and manifestations that take risks to question the status quo and established conceptions, presenting proposals that allow a radical change to be generated in contemporary architectural practices. The projects selected for this call will act as a time capsule, reflecting the agenda of architects today that will crystallise how they respond with critical and innovative formats to social, political, economic and environmental changes. An opportunity to collectively examine and discuss issues of vital importance for our society and our planet, and highlight those practices that take risks and innovate in the face of local and international changes in order to generate a new radicalism in architecture.

The jury will be composed of: 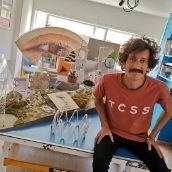 Representative of the South region

Marta holds a PhD in architecture (University of Seville, International Mention, Sob.C.L.2017), Professor of architectural projects at the Higher Technical School. of Architecture of Seville since 2007. She has studied in Germany, completed research stays in Austria, at Kunsthalle & Danube University Krems (DaylightSpaces Award, 2016); Research Residence at the Graz Institute of Architecture Technology (2017), and teaching grants in Uruguay (FADU-Montevideo) and Portugal (Faculty of Architecture, Lisbon and Escola das Artes, U. Évora). She has been a coordinator and teacher at Cátedra Blanca in Seville since 2007. She has been a teacher at the ETSA of Malaga, a guest for several University master's degrees (US, UNIA, ETSAM, FADU-DEIP) and lecturer at different universities and international institutions, such as CAUP Tonji University Shanghai, Cervantes Institute of Beijing and Vienna, Montevideo Faculty of Architecture, and has given conferences at the ETS of Malaga, Zaragoza, Madrid, Valencia. 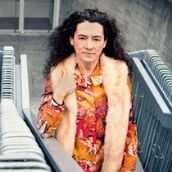 Representative of the North region

An architect who graduated from the ETSA of Valladolid and Advanced Studies in Architectural Projects from the ETSA of Barcelona. In 2001, she founded longo+roldán arquitectura together with Víctor Longo Valdés, after winning the First Prize in the National Ideas Competition for the Gijón Port Authority Services Building in El Musel. The completion of this project led to them obtaining the 2006 Asturias Architecture Prize, which they would win again in 2008 for the Collective Housing Building, and in 2012 for house/studio for an artist + small Rural Hotel, a project that was selected by the magazine Monocle as one of the 100 Top Experiences in Spain.
They were also finalists in numerous architectural and design competitions, and we recently nominated a Residential Complex and Multiple Use Pavilion for the 2019 Mies van der Rohe Award. Her work is published in 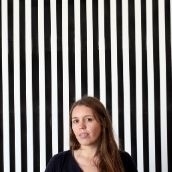 Representative of the East region 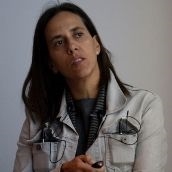 Fala is a naïve architecture practice based in Porto, led by Filipe Magalhães, Ana Luisa Soares and Ahmed Belkhodja. Established in 2013, the atelier works with methodical optimism on a wide range of projects, from territories to birdhouses. Fala’s projects are a medley of formal languages, references, quotations and themes, regulated by an obsession for clarity; its architecture is both intuitive, rhetorical, hedonistic and post-modern.
Fala has lectured at different universities and institutions, including the architectural association in London, the Graham Foundation in Chicago, the Centre for Fine Arts in Brussels, the Versailles’ Faculty of Architecture in Paris and the Casa della Architettura in Rome; among others, Fala has taught at the faculties of architecture in Venice, Munich, Munster, Liège and Bratislava. the atelier's work has been exhibited at the architecture biennials in Venice and Chicago.

Representative of the central area

Curator/director of the 11th Ibero-American Biennial of Architecture and Urban Planning.

Author, among others, of the book “Hablan los arquitectos. ¿Una escuela de Madrid?” Edited by the Argentinean publisher Design with the collaboration of ETSAM and UPM. 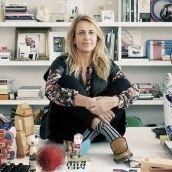 Representative of the participants

Juan Antonio Serrano García graduated as an architect from the University of Granada in 2009 and completed a master's in Advanced Architectural Projects at the Polytechnic University of Madrid in 2012.
He founded the Serrano+Baquero architecture studio together with Paloma Baquero Masats in 2010, developing projects of various scales, including; Horizontal Showcase, selected in the 3rd edition of Arquia Próxima and the 2012 Ibero-American Design Biennial and awarded in the 2nd PR Awards, the 2nd Design Awards in Andalusia and the 2A awards, 33 Displaced Pieces of Glass, a finalist in the Lamp awards and awarded at the Aplus Awards, A Journey through an Orchard, awarded in the social project category at the 2015 Beyond Building Awards and in the 2A Awards, a finalist in the Enor Awards and selected in the International Biennial of Landscape Architecture... 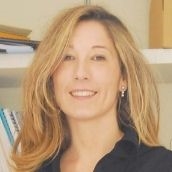 Trustee and representative of the Arquia Foundation

Registration in the arquia/próxima competition can only be done via the online registration system by completing the form provided for this purpose.

Registration for the 7th edition

Register as a Foundation user

Register as a Foundation user according to the different user profiles